On Oscar and the link between Nike and narcissism.
Kidding! I have been asked several times about my thoughts on Oscar Pistorius – I have none. Besides country code, I share a whole lot of nothing with the guy and have zero insight on what the f*#ck happened in that house.

That this bizarre tragedy followed on the heels of the brutal rape and murder of 17 year old Anene Booysen has cracked opened the dialogue on gender based violence in South Africa. According to the Medical Research Council, 27% of men recently surveyed admitted to have raped in their lifetime. The conversation is necessary. So far it ranges from insightful to asinine and even despicable. Despite myself, I still read comment sections on on-line newspapers. I must want an ulcer.

The remedy far outstrips me and this blog. For what it is worth, I unequivocally believe meaningful change requires good men raising good boys. So I’m focusing this blog on a good man.

I consider myself lucky to be involved with the Ubuntu Education Fund, a community-based organization that transforms the lives of vulnerable children. They don’t focus on how many children they reach, but how deeply they reach each child. Their outstanding staff and inspiring youth face the litany of issues that come part and parcel with living in the slums of the most impoverished province in the country. You want to learn about the depths of gender-based violence? Walk a day in their shoes.

Vice President Gcobani Zonke, husband to Nomsa and father of 3, is a school teacher by training. He has been involved with Ubuntu since inception in 1999. Like most NGO leaders, he wears many hats – fundraiser, strategist, advocate, mentor, teacher, diaper-changer…. the list goes on. He has a remarkable ability to relate to people.  Old or young, rich or poor, local or foreign he puts people at ease and makes them know he cares.

We called on him when Khaya got a birth certificate that read Khanya. Home Affairs is a nightmare at the best of times and we needed to get to Canada for a wedding.  I sat in line, appealed, ranted, raved and swore on the life of the heifer that screwed up in the first place. It would take 8 weeks and cost money. Gcobani stepped in at 8am on a Saturday morning. By 9am, the manager had apologized to our faces and promised to fix it by Monday, for free. It’s not that he knew someone on the inside, he just respectfully but firmly solved the problem. We learned a lot that morning.

This week, I was walking past his office. He stepped out to exchange niceties as per Xhosa custom. Family well, rugby good, baby growing, kids studying…

Clan names are best described as family names above surnames. Xhosa people use them to trace their history back to a specific male ancestor. Mentioning someone’s clan name is the highest form of respect and it is considered polite to enquire someone’s clan name.

“Qhinebe”, I replied, a little bit proud of how my click came off.

“You are joking.” he leaned over to brace himself on the railing.

“Nope” I said with a smile, not clear what the joke was. “We call his Gran MaQhinebe.”

A single tear tumbled down his cheek.

“Everyone in Lusikisiki calls her MaQhinebe” I repeated to hide my confusion. Maybe he had an allergy?

Another tear streamed down the opposite cheek. He turned his back, walked into his office and grabbed a tissue.

I got awkward. Was I supposed to follow? What just happened? Perhaps he had a sinus infection?

“Come, sit.” His lip trembled.  This was not an allergy.

“I owe my life to the Qhinebes. Your husband belongs to a great clan.” 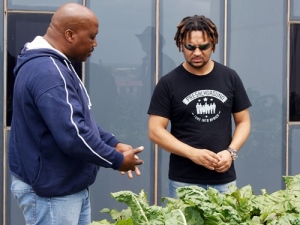 In 1900, his father was born in Benoni, near Johannesburg. The third born son, both older brothers died at age 3. To break the curse, his parents sent him to live with their distant cousin. He was raised far away in the rolling hills of the Transkei as the eldest of 4 Zonke sons. His father, a Qhinebe, loved him as his own. In their thirties, he sat the brothers down and said it was time to move on. He had accumulated many cows and it was their turn to create wealth. They dispersed throughout the province and each went on to live fruitful lives. Before he left, father Zonke told him he was not his biological son.

Soon thereafter, he set out for Benoni with his own infant son. They knew only that they were looking for the Mbalula family. After a short search, a door opened and he thought he was looking into a mirror. His father’s face. In that moment, his family doubled.

I spent a mesmerizing hour listening to the details of his story. His father died in 1999 at 99. He is the youngest of 8 children and has tried in earnest to recover both families’ history. Typical for that era – there are many gaps. South Africa has been shaped by internal migration more than any other country. Under colonialism and apartheid, families were pulled apart. Wives and children were forced to stay in black homelands while men were imported to work in the cities and mines. He has spent years combing the Transkei for information on the Mbalulas, only to come up empty.

When a grown man spontaneously breaks into tears, you pay attention. He repeated, with conviction, that his grandfather had no children when he adopted his father and this is reflective of the quality of Qhinebes. That his story matches my late mother-in-law’s identically sends shivers down my spine. I have already told my version of Gran’s story here; she became a mother when she picked Noxolo off her doorstep.

“There was something extra pulling me to go to Home Affairs that morning. Khaya is my niece.” 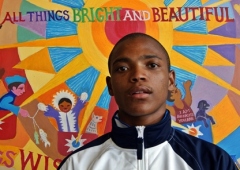 Two generations ago, Qhinebes in unrelated circumstance took in infants expecting nothing in return. Proof that grace endures, 113 years later their legacies live on in ways that far outstrip their intentions.  In a strange but true fact – neither of us would be here without them.

South Africa has a long history of great men doing great things. The very best know where they come from and espouse responsibility, integrity and courage. The world needs more of them. I’m happy to know my daughter belongs to a clan of the very best.